While having his morning coffee, Ted noticed two waterbucks fighting. They disappeared behind some thick bush, making thumping noise and one came back out, while the other one was probably trying to catch his breath after this fierce encounter.

Then this male lion appeared on the scene and not much later he had put the waterbuck out of his misery. Ted made his way to his game drive vehicle and started to carefully pursue the lion with the waterbuck, while the big fellow was dragging the heavy antelope to a safe spot in the thick bush.

Happily munching away on his kill he didn’t take any notice of Ted and the car, too consumed with his prey. Later that day we found the lion again, waterbuck gutted and the lion still panting after this gourmet start of his day… 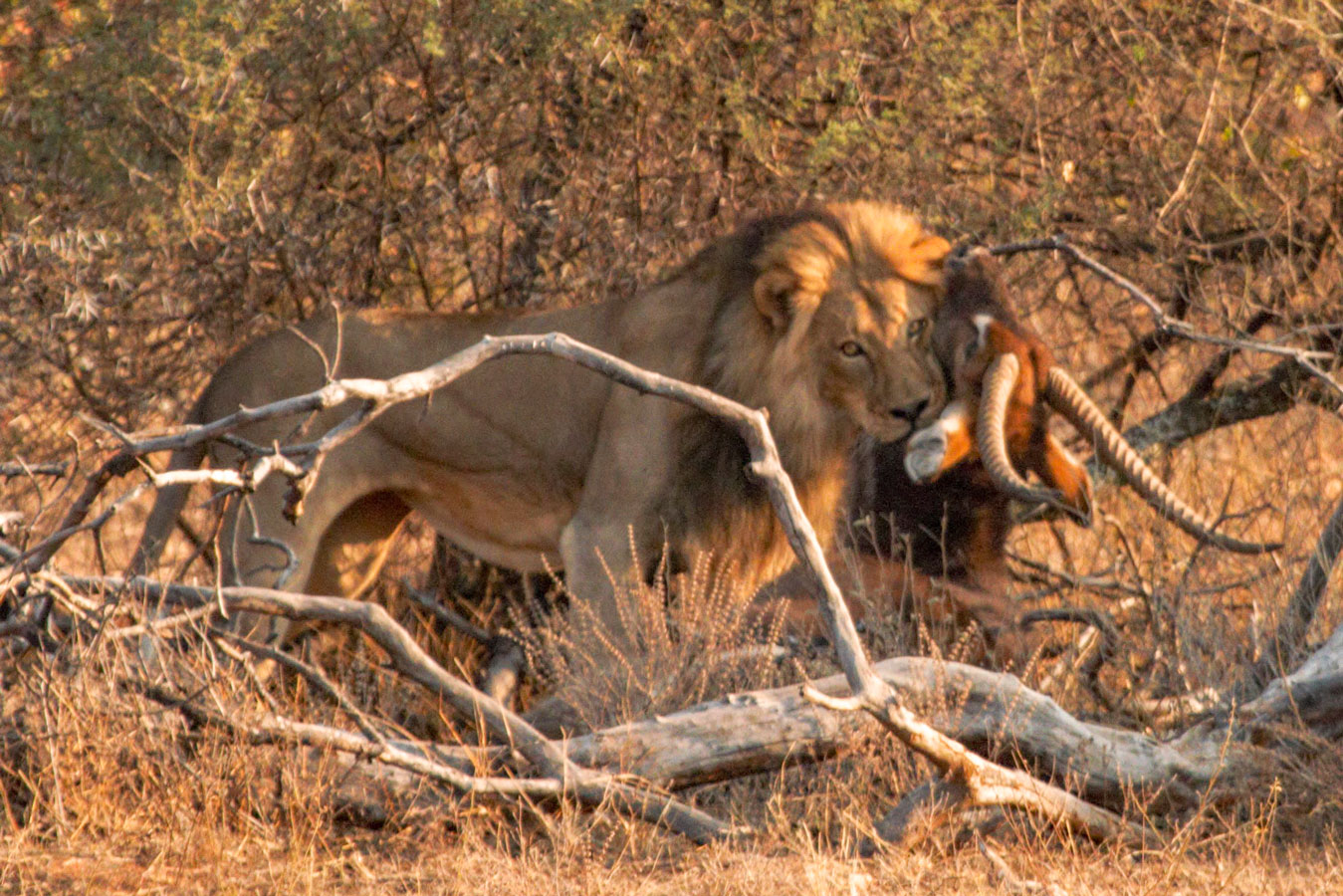