The newest addition to the anti-poaching team is a Belgian Shepherd called Savas. Originally trained in Scotland he joined Limpopo-Lipadi just a few months ago. As we are entering into the heat of summer in Botswana, Savas is acclimatising to the Botswana temperatures, and he is settling in nicely. Savas will soon be joined by another patrol dog, Primaa, from Italy.

Why bring a dog to the other side of the world? Well, Savas was trained in Scotland to detect, track and apprehend intruders and will now be putting his expertise to good use while working with Limpopo-Lipadi’s Anti-Poaching unit. The training of Savas is going well, with the anti-poaching team members getting involved in his training.

The sniffer dogs are a core part of the anti-poaching strategy going forward, both patrolling the perimeter as daily duties, and as standby ability to trace and apprehend any intruders on the reserve. They bring an unequaled ability to quickly chase poachers at night.

Before his training starts, Savas gets his ‘shoes’ put on by one of the anti-poaching unit members. The bush can be a thorny affair, so his feet need to be protected: 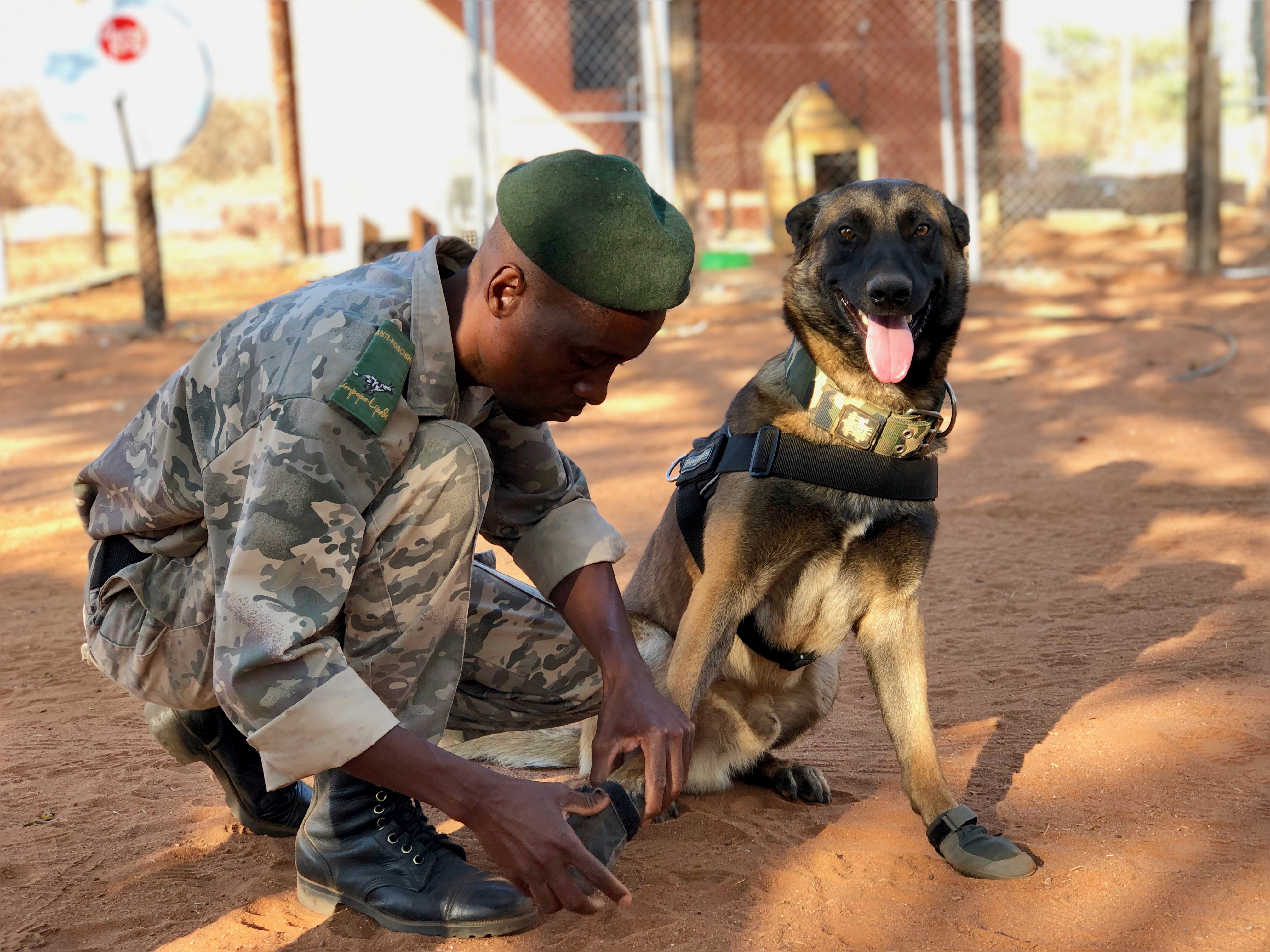 Ready for action: the members of the anti-poaching unit take turns in working and training with Savas:

The ultimate reward for Savas’ apprehension of a ‘poacher’ during his training is to be allowed to hold on to the sleeve that is used for protection: 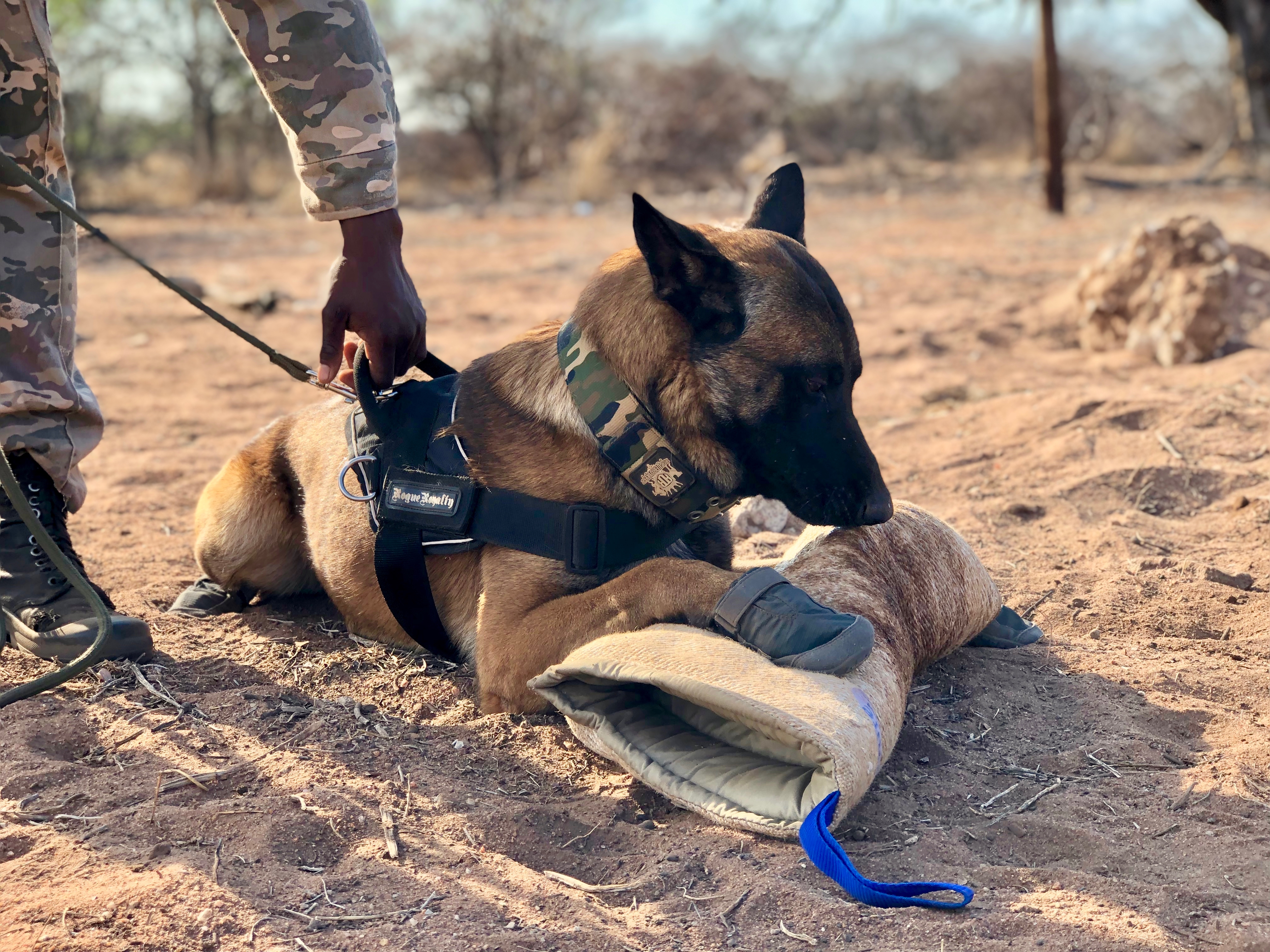