Under the Baobab Trees

Shareholder Karoly and company had a nice surprise when they stopped for sundowners: “One of our favourite places in the reserve for a good sundowner is underneath the giant Baobab on the Middle Plains, in which buffalo weavers build their large nests. While unpacking our drinks, we found a nest that had somehow dropped from the tree. Buffalo weavers are so-called social birds, who build communal nests that can house multiple couples. It was a treat to finally be able to take a closer look at such a nest. Upon closer inspection, we could see that the nest was composed of an enormous mass of thorny twigs. On the inside of the nest, we could really see that the twigs are divided into separate compartments, each with multiple ‘egg chambers’. Every chamber contains a smaller nest of grass and leaves, giving the baby birds a cosy start… No more guessing for us as to what this weaver bird’s nest would look like from standing underneath!” 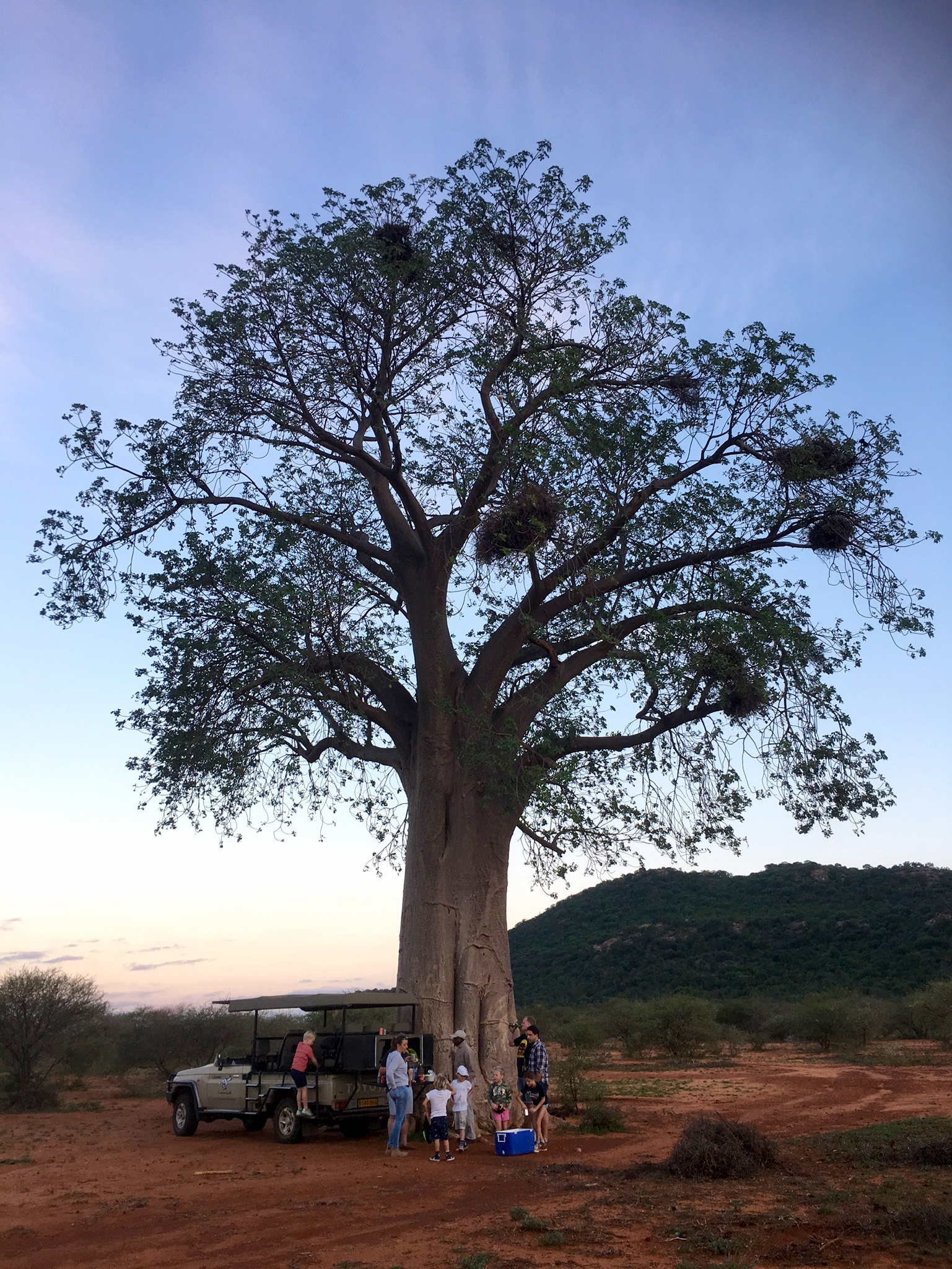