As can happen on safari, we came round a bend in the road to be confronted by a large bull elephant. He was not happy about this and quite soon nor were we. Waving his trunk and flapping his ears to make him appear even larger he started coming for us. Fortunately, our guide Dicks rapidly manoeuvred to find a gap in the bush through which we hurtled accompanied by a screeching passenger and of course a big male elephant who I could now see was in must. 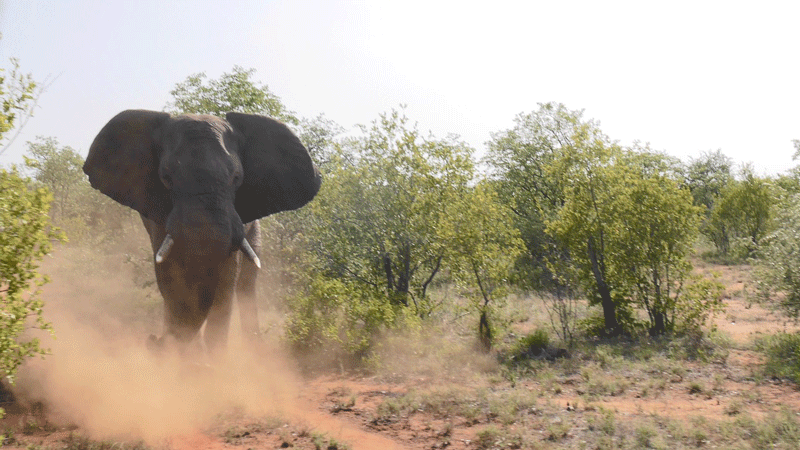 Having rounded a few bushes and got back onto the road, we were just beginning to relax when a much smaller young female, who clearly had a crush on the bull, charged us while making a lot of noise, but she also gave up when she thought she had seen us off. It turned out that they were both part of our breeding herd, which we then enjoyed watching while they drank at a small dam very close by. 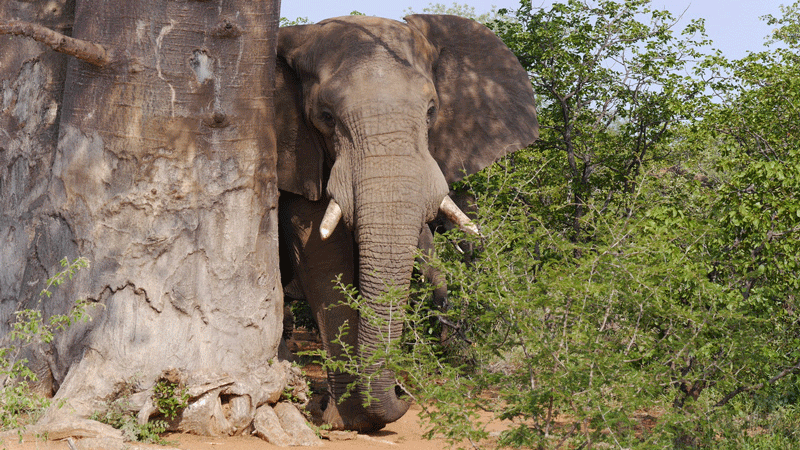 The big bull was clearly embarrassed by the behaviour of the youngster and spent a while hiding behind a baobab tree before joining the others including the babies for a drink and a mud bath. This sort of thrilling experience is not unusual and it is why we are so happy to be part of Limpopo-Lipadi. By the way, it’s best not to trust a wild elephant but, for the benefit of the uninitiated reader, it is almost certain that this one would have stopped his charge had we not driven away. Almost certain… Photo and video: Clive Bennett 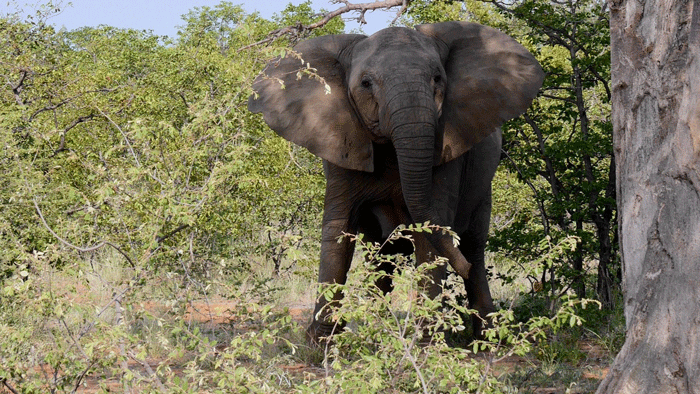