The spotted or striped hyena takes the spotlight in movies like the Lion King, while the brown hyena usually takes more of the backseat. Although the numbers of brown hyena are rapidly declining in southern Africa, at Limpopo-Lipadi we seem to have quite a number of these scruffy-looking, nocturnal animals with their long, shaggy coats. We are lucky to see them quite regularly, even during the daytime. 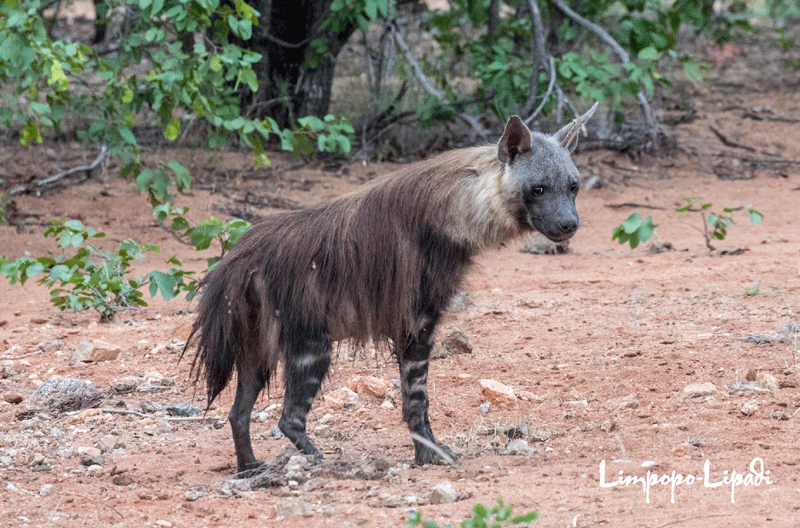 Some time ago we had an incredible but cruel sighting where a brown hyena was taken out by the lion pride and some of us as shareholders bore witness to a stampede: first the adult male lions—taking out the competition for food—made a leap for the brown hyena, breaking his back in an instant. The unbearable howl of the hyena alerted the elephant breeding herd. They must have been close, as they barged into the scene, all 25–30 of them, making a lot of noise and dust while chasing away the lions. There was some dust-kicking toward the paralysed brown hyena, but he no longer posed a threat to the herd and the elephants took off. When we came back to the scene later that day to find out in what state the brown hyena was, we found no trace of him.