Flash appearance of the wild dogs 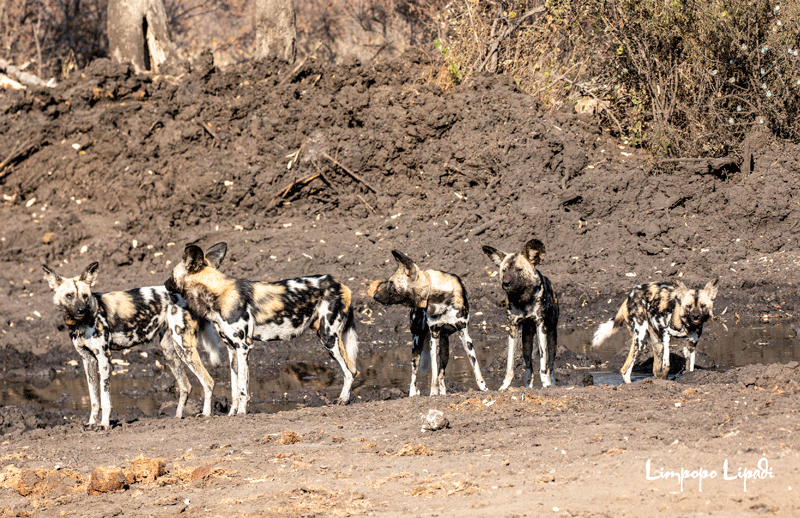 A couple of years ago, Limpopo-Lipadi had a large pack of the endangered African wild dogs. What a delight it was to encounter them so regularly out on their hunts, or lazing around near a waterhole or in the shade. 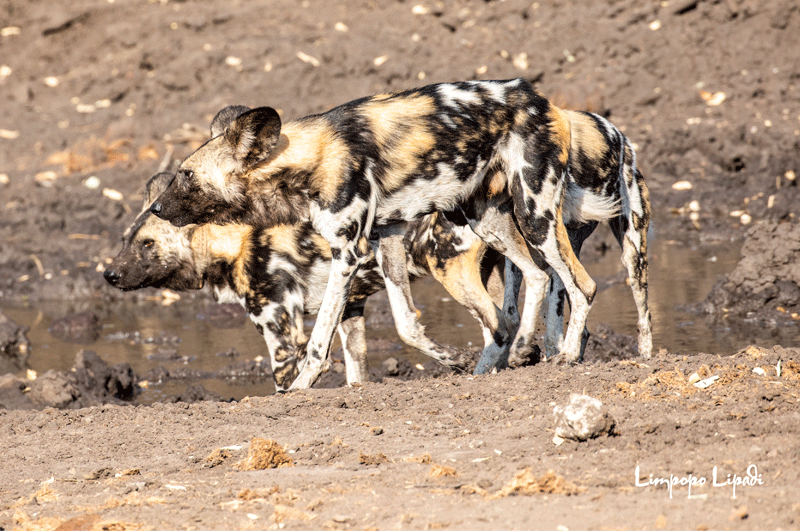 Wild dogs are highly social animals with a lot of greeting, licking, playing and feeding each other, which means that if a disease strikes it spreads easily. That is what happened some years ago. We lost a fair amount of our animals because of a rabies outbreak.

After that incident, the diminished pack was inoculated to prevent future outbreaks. The pack subsequently broke up. Some of the dogs broke out of the reserve, so there are not so many sightings of these wonderful animals anymore. But the main pack is still here, the five of them happily roaming the reserve and making their appearances every now and then—if you’re lucky.

Some shareholders finally got lucky after days of looking for tracks. At first, they found tracks, but not the dogs. And then the dogs made a flash appearance while the shareholders were just about to get out of the car for their morning tea. The dogs didn’t stop to rest, just for a drinking break and off they went again, out on their important mission to find breakfast. 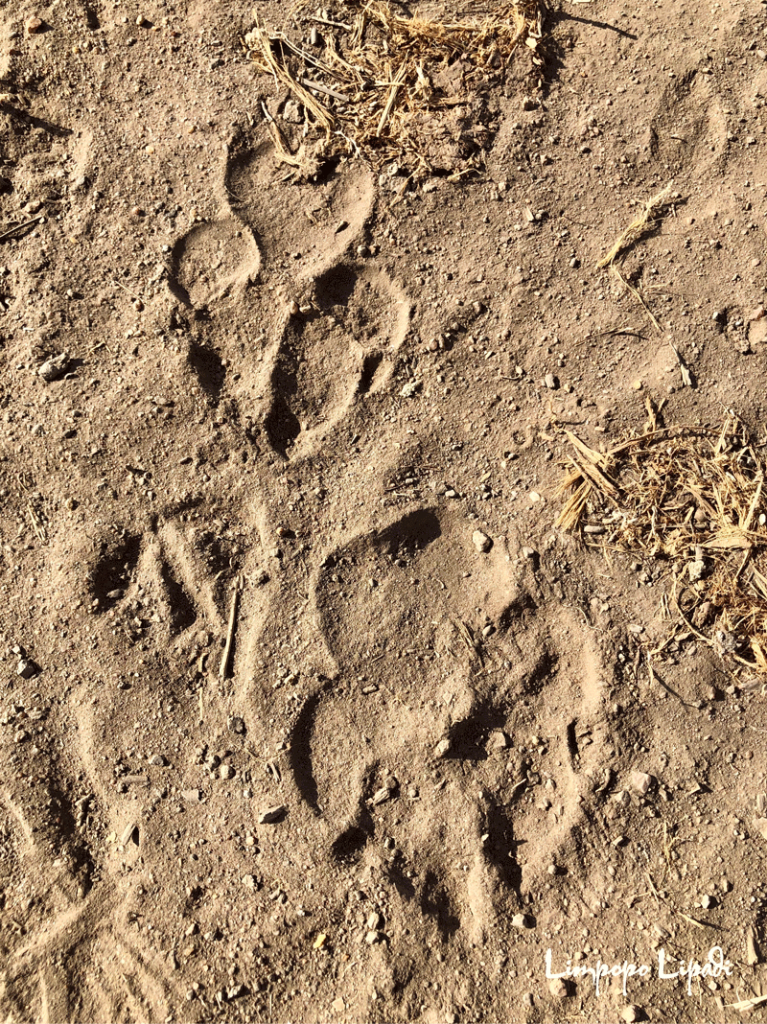