Watch out for the Leopard Thief!

There are guests at Limpopo-Lipadi that come to the reserve and claim to hardly ever see a leopard. Then you have others who prove the opposite. Last November, shareholders Paul and Cheryl had numerous incredible viewings. Here is one of their stories: 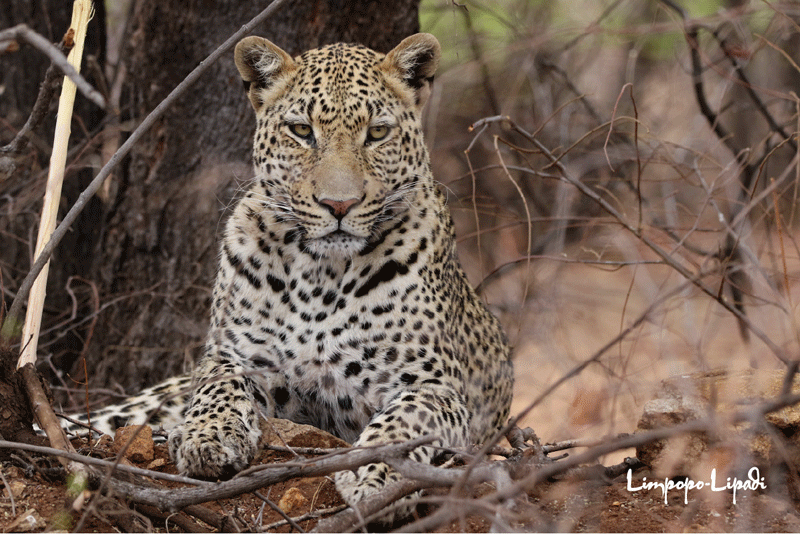 While searching for the lion pride in the Longwope area, where they were recently seen, we decided to check out Pietie’s Pan. No lions, but not far from the dam, a male leopard had just brought down an impala and was starting his meal. We slowly approached in our Cruiser and the cat did not mind us, while we watched him feed for more than an hour. 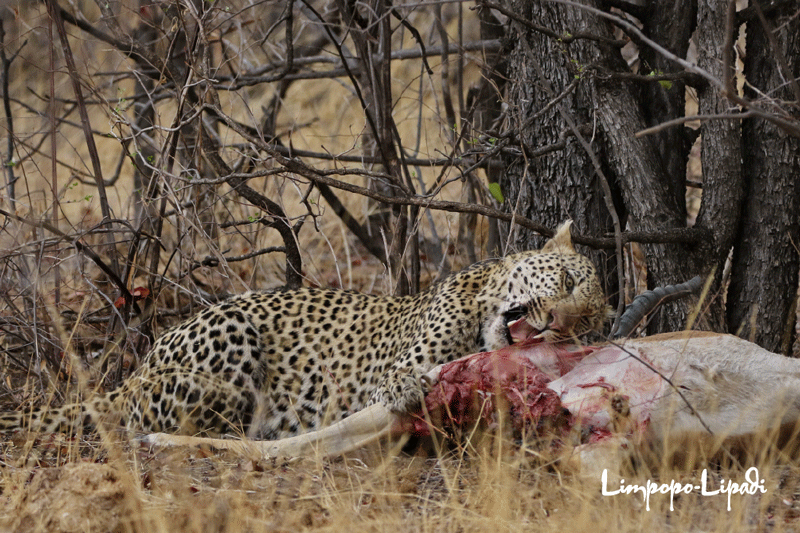 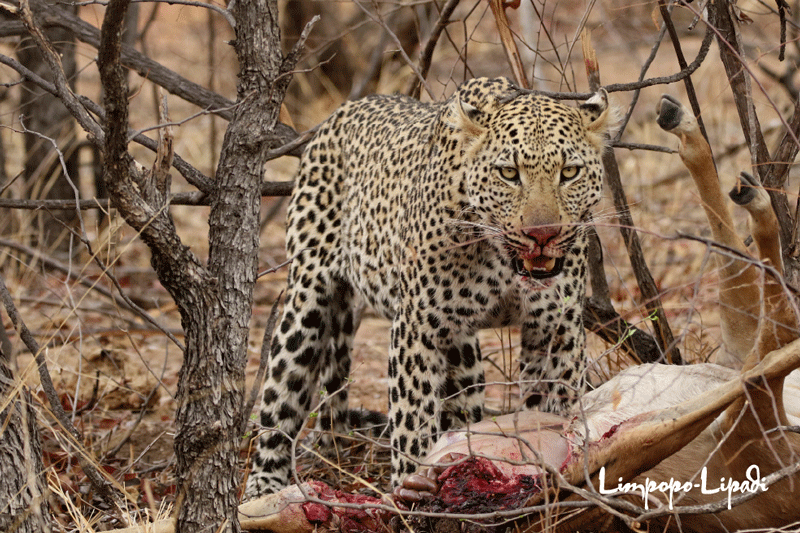 Upon returning to the kill the next day, we found the impala remains up in a dense thorn tree on the dam wall, where our leopard had secured it from other predators like hyenas, jackals or lions. Initially guarding underneath the tree, the leopard eventually decided to climb up and have another bite. Only then did we notice a second leopard, seemingly a female, some 50 meters away in dense bush. It was difficult to get a clear view. We were not sure whether it was the male or the kill that the other cat was more interested in. Feeding in the tree for some time, our male got thirsty, decided to descend and move to the nearby water. We followed and watched him drink when he suddenly, and with all the power and speed these cats are capable of, rushed back to the tree and jumped up. 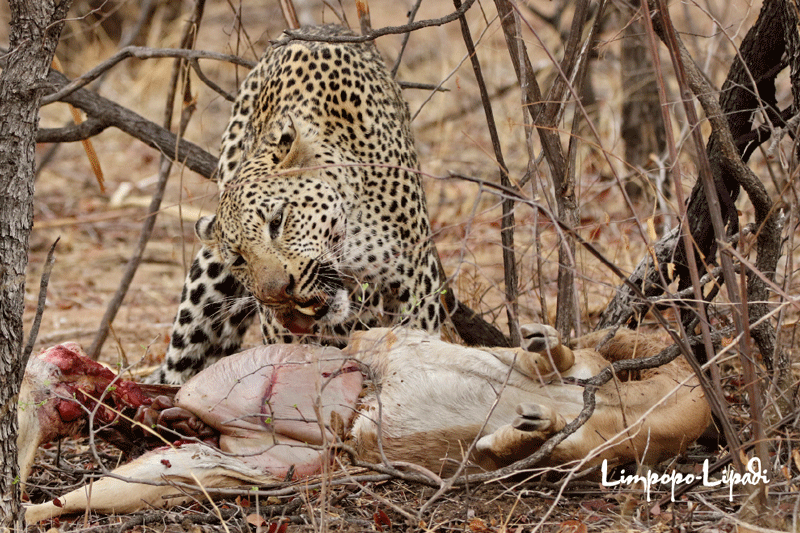 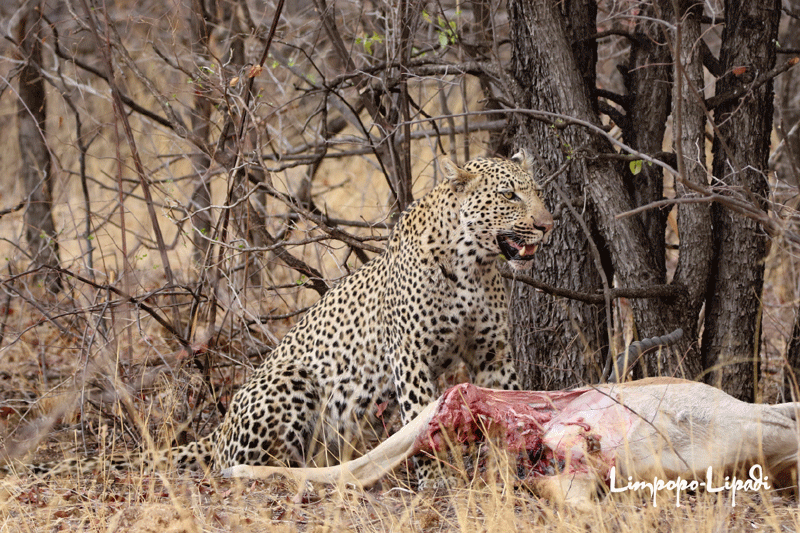 What had happened? Well, the female had taken advantage of the male’s brief absence, sneaked into the tree, and started eating. Our male was absolutely not amused and after a short fight with a lot of growling, he chased the female down the tree, where she rushed into the bushes. We never saw her again. Happy to have the kill for himself again and seemingly also happy to continue his solitary life, the male resumed his meal before deciding to take a nap. He managed to do this in leopard style, tail and all four legs hanging down, even though not really giving the impression to be in a comfortable position in between all the branches and thorns. Vicinity to the precious kill was probably more important than a comfortable position. 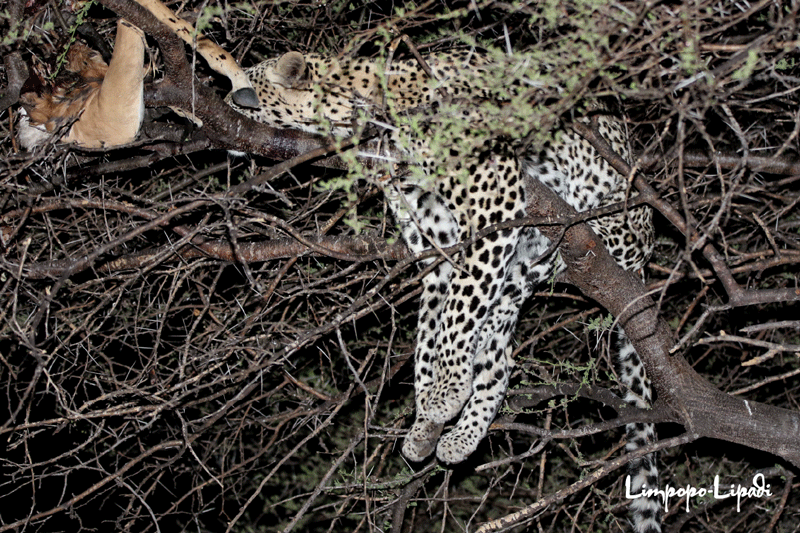 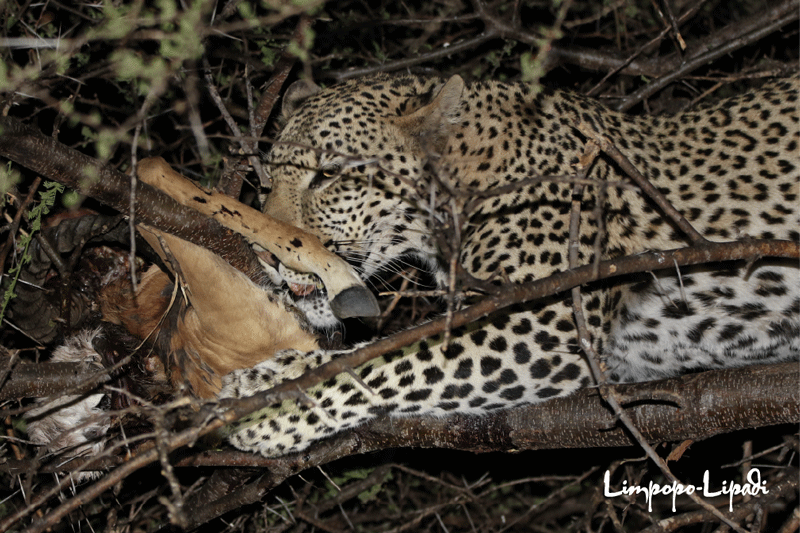 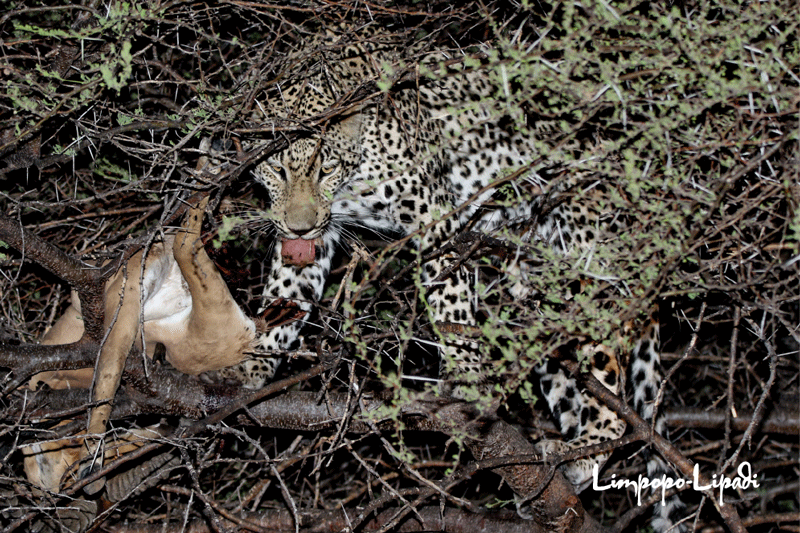 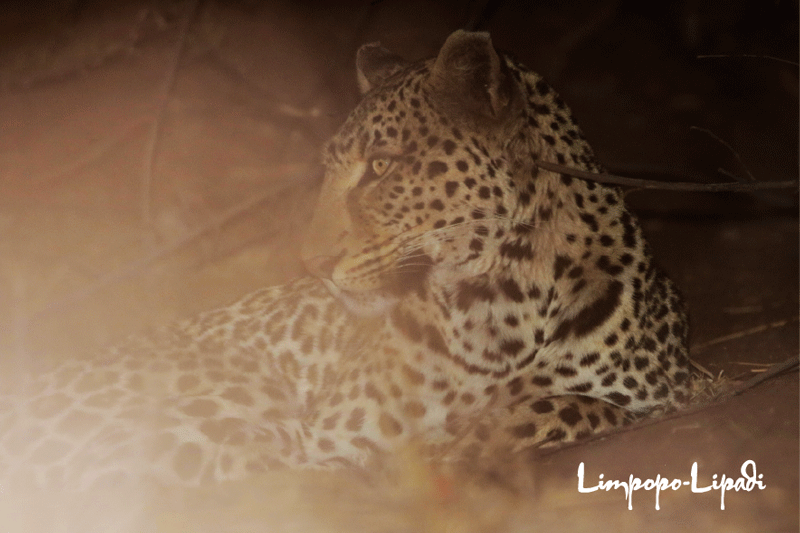