Those Brave but Shy Honey Badgers!

Having had the privilege to visit the reserve for a couple of weeks every year since 2009, we’ve had quite a few exceptional viewings. Our stay last November was no exception. The bush was very dry and temperatures exceeded 40ºC in the afternoons. Sightings were good, but one absolute highlight was the encounter with two honey badgers at a large den not far from the airstrip. As you probably know, honey badgers are formidable fighters and not even lions want to mess with them. However, they are shy and not very often seen. We were lucky enough to see them for a few seconds and to catch them on camera before they disappeared in a hole. 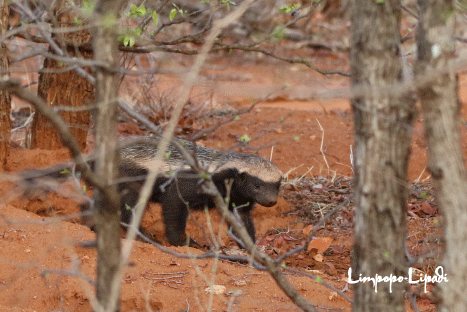