Those Small and Smart Steenbokkies

Summer is fast approaching, but leaves on bushes and trees are only just starting to reappear. It is an excellent game-viewing season for small and shy antelope like the steenbokkie. These antelope make their appearance throughout the year, but is so much easier to spot them in this season. A steenbokkie freezes and remains motionless in the grass when it is faced with danger. In the case of a close encounter with predators, steenbokkies explosively emerge from their hiding place and start to run in a zigzag manner. They occasionally hide inside abandoned aardvark’s burrows. 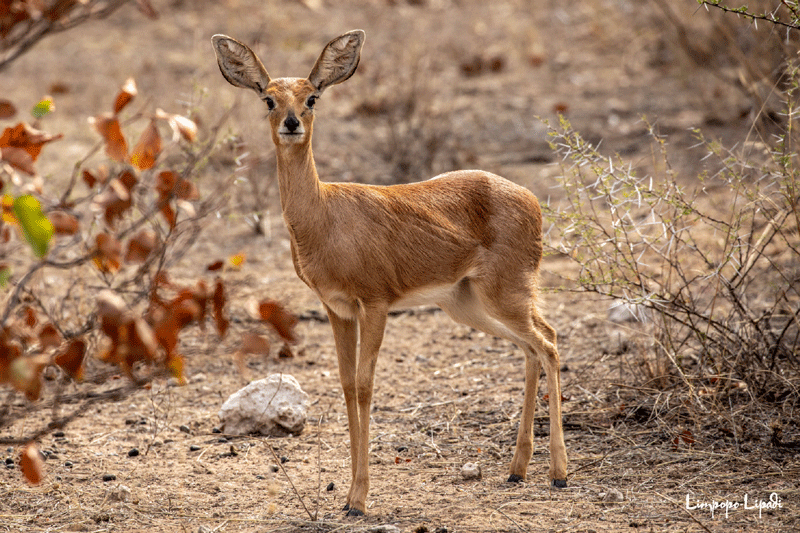 You can be sure that when you see one, there is probably another one hiding close by. Steenboks form monogamous couples (they mate for life) that occupy a territory of 4 to 100 hectares. Males and females usually live apart from each other and gather only during the mating season, but you often see them in couples in our reserve.

With natural enemies like leopards, caracals, wild dogs, jackals, pythons and large eagles, a steenbokkie’s life is never easy. So, to distract a predator from picking up on the tracks of a steenbok, they defecate and urinate in holes in the ground. They later cover the holes with ground to eliminate visual signs that most predators use when they are looking for food. If you’re not strong, you’d better be smart.