Jackals have somehow never really made the safari A-list. Derided in Kipling’s Jungle Book as ‘dish-lickers’, they seldom get the attention they deserve. Yet in many areas, also at Limpopo-Lipadi, these are the most abundant of the mammalian carnivores and the closer you look, the more compelling they become. The black-backed jackal (Canis mesomelas) species—named for the dark, white-flecked ‘saddle’ on its back—is one of three species in Africa. 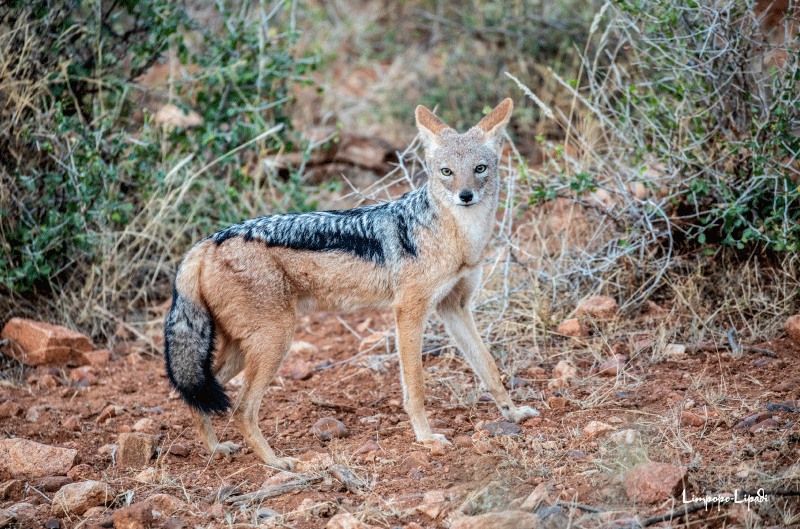 Monogamous, social and smart, jackals are also highly vocal and often you can often hear them calling each other while you’re having your sundowner drinks on one of our plains. One individual answers another until an unearthly chorus builds up. They also utter a repeated yapping when tailing a predator. Much to the annoyance of that lion or leopard, as their call sometimes betrays them out during their hunt. So, keep your ears peeled next time you’re having your drinks as the sun sets. You may get lucky and not only hear but also see a jackal out there.