Happy To Be Back

Shareholder Eric was delighted to finally be able to return to the reserve after 1,5 years. This is his story:

“The sun was low in the sky as we headed out on our first game drive in almost a year and a half. Two trips to the reserve had been cancelled in the past year due to COVID and we were beyond excited to finally be back at the reserve.

Our guide, Lucky was driving us this evening, and he had seen the rhino at Mogorosi earlier that day. It was just a few minutes outside the main gate that we came across a herd of bachelor elephants drinking at one of the many small pools of water scattered around the reserve (due to the heavy rains this year). The smaller animals seemed harder to see due to the persistent dense foliage from the excellent rains. 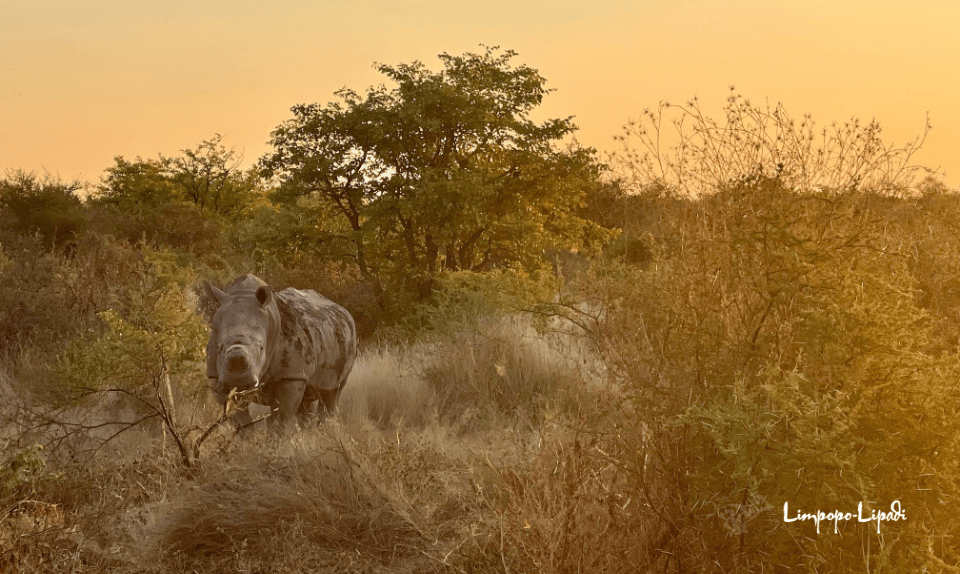 We knew they were there, but the reserve felt a little more empty as the herds of impala and the kudu was not easy to see. Giraffes, wildebeest and bushbuck however appeared to be more plentiful than on other visits. We passed several groups on the way to our sundowner. Arriving at Mogorosi, we were fortunate to just catch one of the rhinos leaving the waterhole after an afternoon drink, as well as seeing the reserve’s sole resident ostrich. 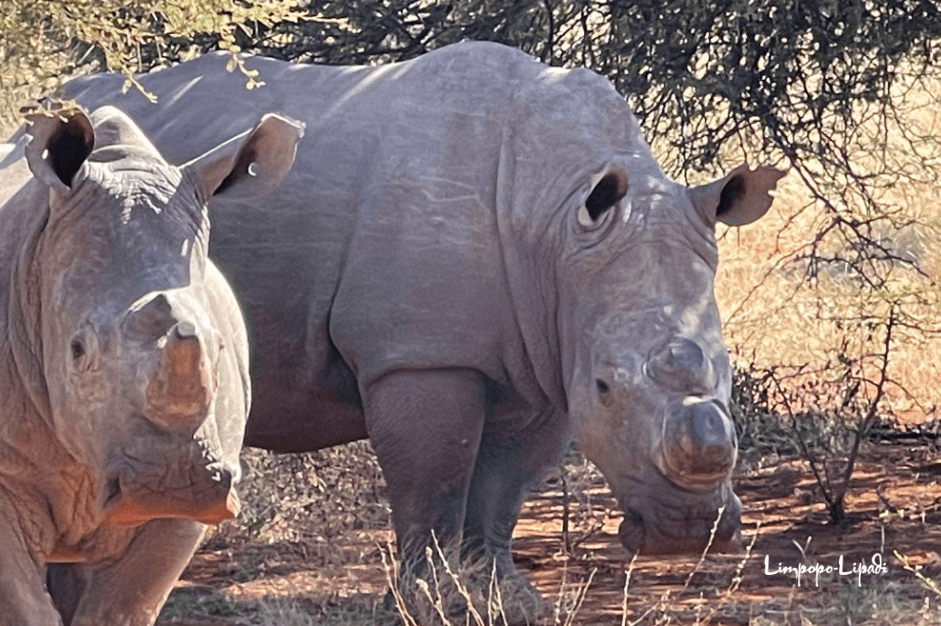 As usual, the sunset was spectacular. The new moon and Venus were low in the sky as we enjoyed the sunset. After sunset, we searched for nighttime animals as we headed to our bush dinner under the baobab tree on the plains. A bush dinner under the stars is always a highlight for us, and the staff once again did an excellent job taking care of us. Compliments to the new chef, Keo, whose cooking was spectacular. 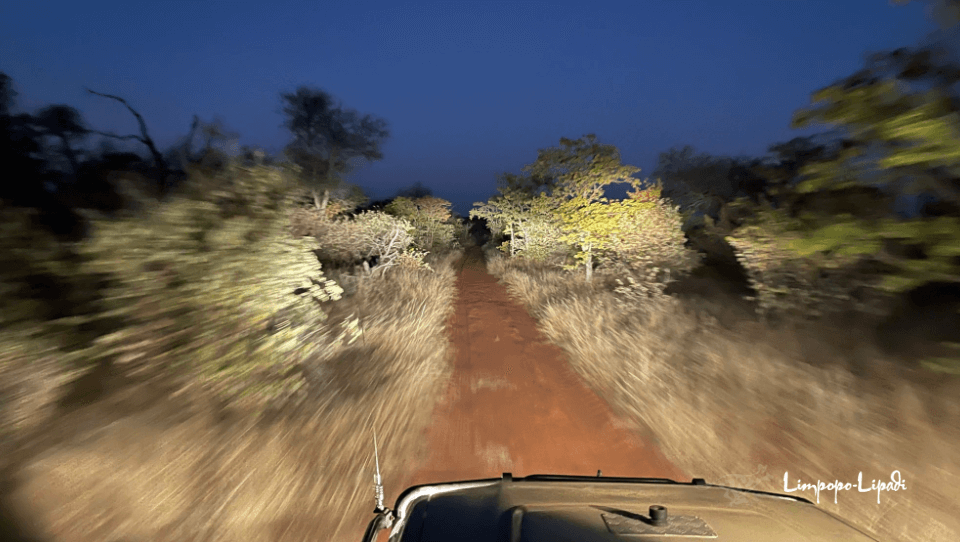 It was a fantastic start to our (always too) short stay at the reserve. We felt fortunate to be able to be there surrounded by the sounds of the bush at night.” 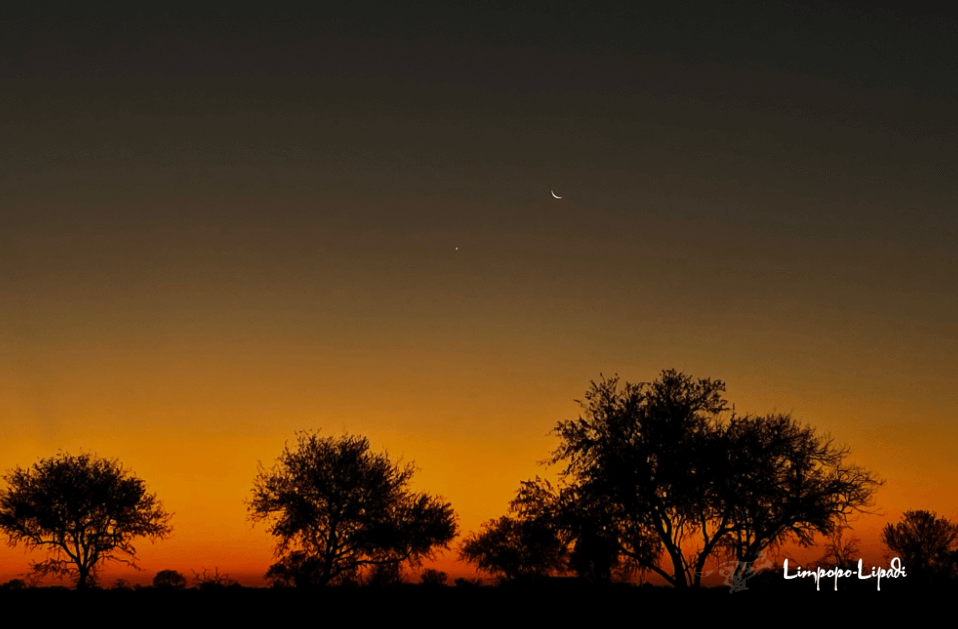 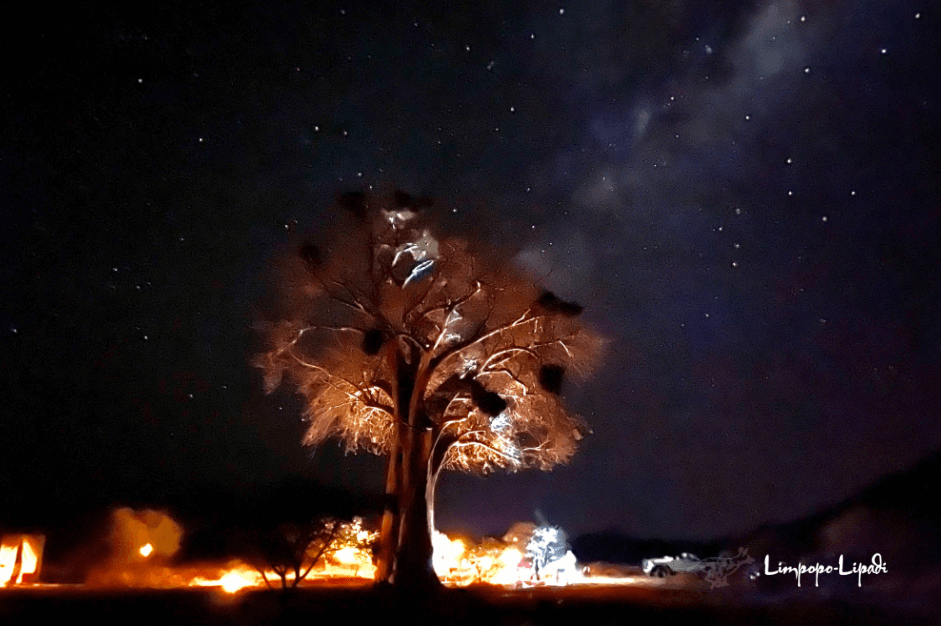