July kicked off a busy wildlife management month for us at Limpopo-Lipadi, with our first order of business being the sale and translocation of three giraffes to a neighbouring game farm.

It is a well-lamented fact that giraffes are notoriously difficult to capture and transport safely, as there are many issues that could potentially impact the health and welfare of the animals, such as falling incorrectly, breathing and blood pressure issues, and self-injury during transportation. 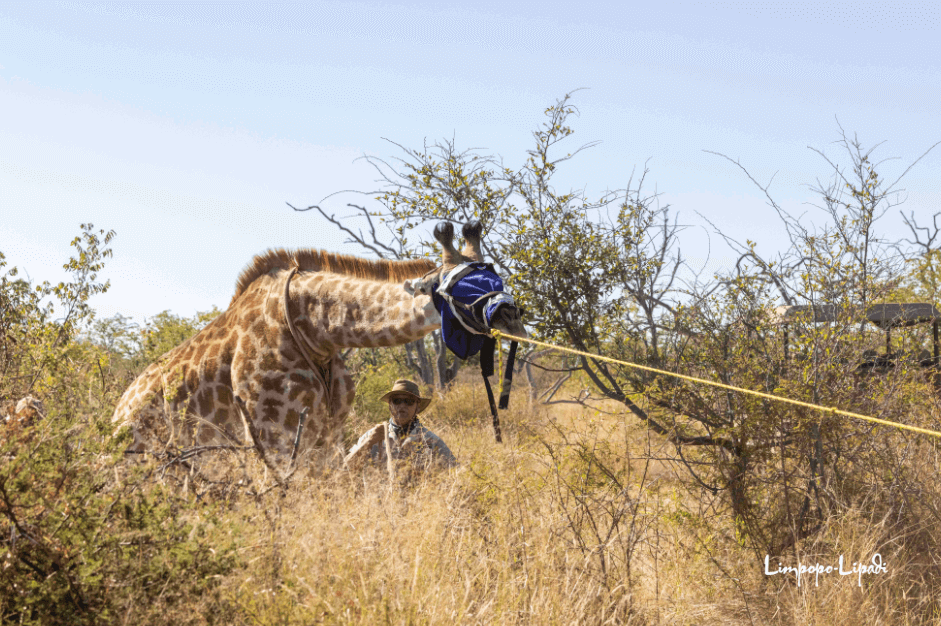 As the neighbouring farm is close by, and there is little need for climatic or dietary habituation, we decided on a hot release—the animals would be directly released upon arrival at the destination.

The giraffes were transported individually, by means of a chariot, specifically a built-for-purpose trailer, which limited the size of the giraffes we could capture. Therefore, we looked to tranquilise giraffes of 3m high (max) or about three to four years of age.

This is the capture process:
The tranquiliser is reasonably fast-acting, with the giraffe showing effects of the drugs within five to seven minutes after darting. The effects cause the giraffe to run, which means that we have to keep a close eye on the animal until it succumbs and falls over.

Once it is on the ground, speed is of the essence, as the giraffe needs to be woken up almost immediately to avoid implications. In the space of 2 minutes, the giraffe is fitted with a mask that covers the eyes, earplugs to avoid stimulation by sound, and a harness, to be able to lead it to the chariot. A brake rope is put around its neck that passes underneath the stomach between the front and back legs. This enables the ground crew to manoeuvre and control the animal once it is on its feet again. A broad-spectrum antibiotic and anti-parasitic are then administered.

As soon as these ministrations are done, and everything is in place, the animal is woken with an injection that reverses the effects of the tranquiliser. Within a minute or two the animal is on its feet and can be led into the chariot, where it is then secured for transport.

On arrival at the destination, the harness, mask, and earplugs are carefully removed, and the giraffe is set free.

Operations like these are true nature conservation. The habitat encapsulated in Limpopo-Lipadi PGWR is being used to increase the populations of endangered species, which can be relocated to areas where the species historically occurred, but have since gone locally extinct, or to bolster depleted bloodlines and rejuvenate existing, but inbred populations.